Talking the Tropics With Mike: Convection over the Central Atlantic along stalled front

There's some "disturbed" weather over the far Southwest Caribbean.  Proximity to land should limit much development.  A couple of tropical waves are located between the Caribbean & the west coast of Africa but shear will limit any development.  And strong convection is over the Central Atlantic in association with an old stalled frontal boundary.  Low pressure may evolve but is not likely to become tropical. 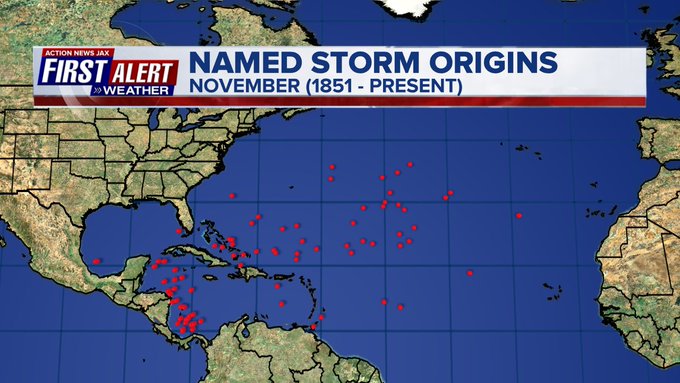 Typhoon "Halong" is an early recurve over the NW Pacific well to the east of Japan & will be of no threat to land:

"Nakri" will move west toward China while weakening upon approach to the coast: