Eye on the SW Atlantic & Caribbean

The Caribbean/Gulf of Mexico & SW Atlantic will remain the areas to keep an eye on over the next couple of weeks (climatologically favored too). However, there is nothing that looks threatening through the upcoming weekend.

One of the few tropical waves currently “on the map” - approaching the Eastern/Northeast Caribbean - does not look it will develop much. The wave will produce some scattered showers & storms for parts of the Lesser & Greater Antilles including Puerto Rico into the weekend while drifting northwest with shear likely to keep the system “in check”.

The areas to watch:

(1) low pressure will be developing over the Central Atlantic through the weekend. This low will move to the west/southwest then turn more westward next week ending up east of Fl. &/or the Carolina’s by the middle to late part of next week. Some slow tropical development is possible. The European & UKMET models are the most aggressive right now with this area of - what will be nontropical initially - low pressure but indicate a system that would stay east of the U.S. coastline.

(2) The GFS model in particular has been reasonably consistent in developing low pressure & an eventual tropical cyclone over the Caribbean that then moves north/northeast between Oct. 22 & 28th. Where the potential system would go & how strong it might be has varied considerably from one day to the next with a tendency to delay the development some. The Caribbean is an area favored for late season tropical development + the GFS has been decent at picking up on long range development this season (not necessarily the long term details). The European & UKMET at least indicate lower pressures but are otherwise - at least so far - not near as aggressive on this potential feature.... & are also delaying what development they are showing. The latter is quite plausible (later/slower developing system). 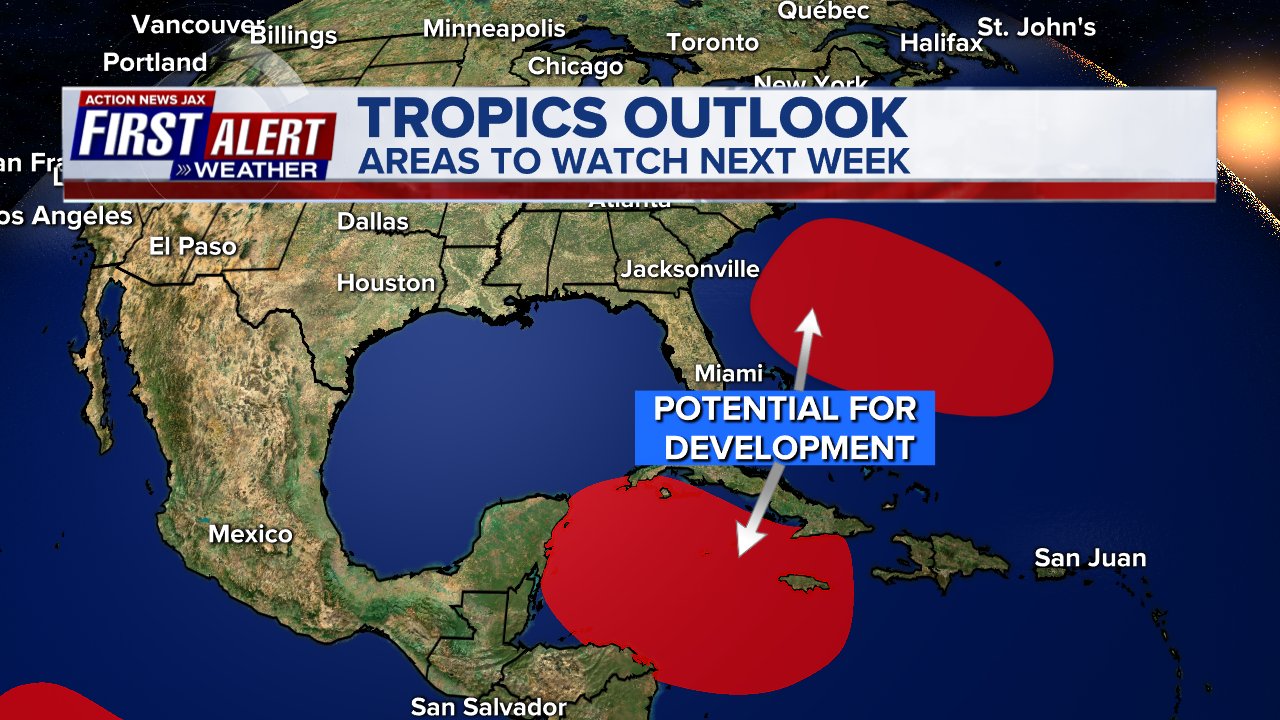 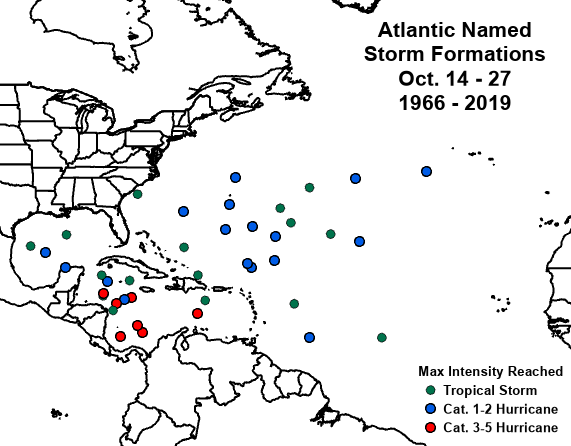