Talking the Tropics With Mike: Tropical wave moving into the Central Atlantic

The last NHC advisory on Delta was issued Saturday.....

Recap: A Caribbean tropical wave was upgraded to tropical depression #26 last Sun. night... to tropical storm “Delta” early Monday then to a hurricane Monday evening while moving west/NW across the Caribbean south & southwest of Jamaica. In less than 48 hours, Delta went from a depression to a Cat. 4 hurricane by late Tue. morning. According to Phil Klotzbach, this is the fastest intensification - 70 mph in 24 hours - of an Atlantic tropical cyclone since Wilma in 2005. Like has happened so often this season, this is the fastest ever to the 25th storm beating by more than a month the previous record of Nov. 15th, - take a guess! - 2005. The tiny eye - 5 nautical miles across Tue. - can suddenly contract & allow for strengthening (such as occurred midday Tue.) but such a compact hurricane is also more susceptible to outside interference that can cause fast weakening as we saw Tue. night. At one point, hurricane recon reported the eye had completely collapsed only to see some reorganization with a renewed eye just before landfall. In any case, landfall was about 6:30am EDT Wed. on the far northeast of the Yucatan Peninsula near Cancun (at Puerto Morelos) where sustained winds were near 85 mph & a minimum central pressure of 972 mb was measured. This is a record 10th U.S. hit by a tropical cyclone beating the record of 9 in 1916. Map below courtesy Dr. Phil Klotzbach:

A clear alleyway became established that took Delta on a curved path from the Southern through Western Gulf to the Louisiana coast just east of Cameron & well west of New Orleans followed by a sharper turn northeast from Louisiana to Tennessee. Yet another near miss for Houston & New Orleans. Virtually no impacts for Houston... & relatively minimal - all things considered - impacts for New Orleans. Lake Charles (again!), Alexandria & Baton Rouge had significant wind & rain with measured rainfall as high as at least 18 inches! 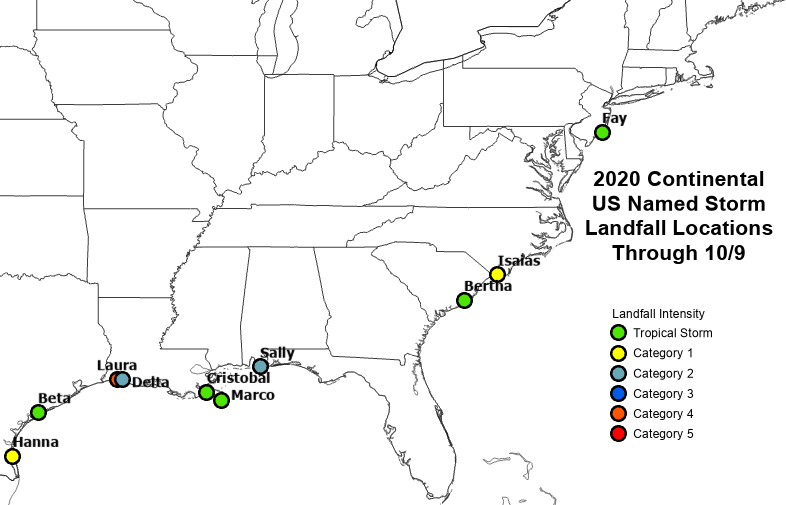 The cooler shelf water was very evident over the far Northern Gulf: 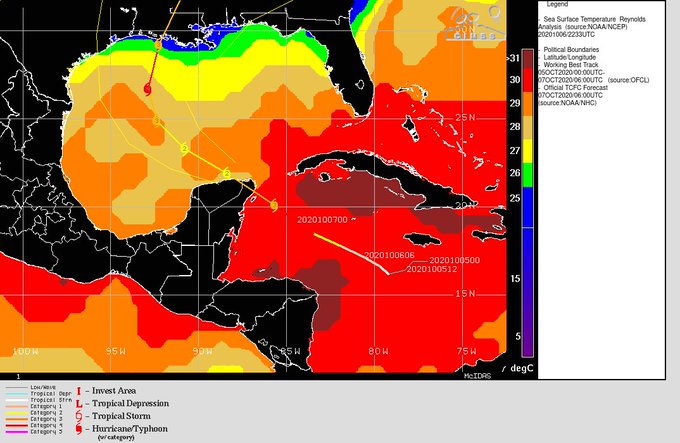 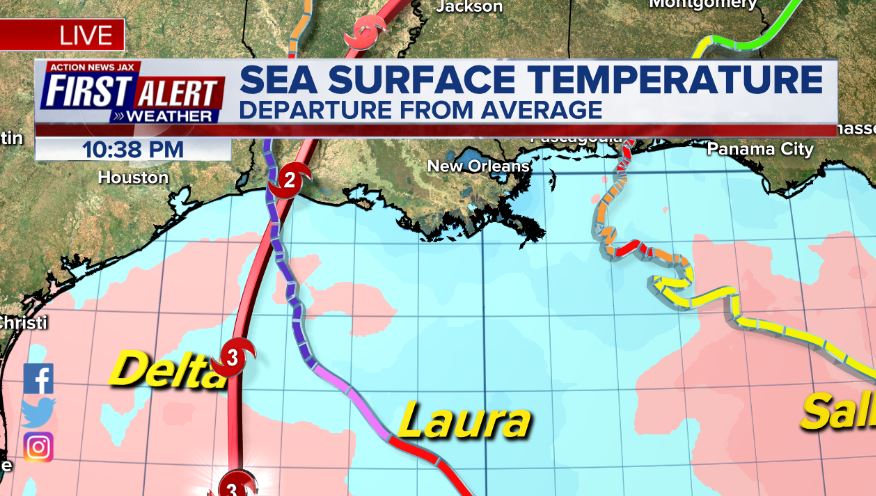 In the meantime, a couple tropical waves have moved west off the coast of Africa. Shear is strong between the Caribbean & African coast so development seems unlikely....