Talking the Tropics With Mike: When the Atlantic Basin Might “Wake Up”

The “globe” is void of tropical trouble right now

There is “nothin’ cookin’” over the Atlantic Basin anytime real soon.

So where do we stand & where are we going at this - the third of the way point - through the ‘21 hurricane season? Well - once Elsa cleared the “table” in early July (but developed in late June with an upgrade to T.S. on July 1), the Atlantic went “dormant” in July with no named storms forming. Such an occurrence is not uncommon - on avg. no Atlantic tropical cyclones form in July about every other year or so. 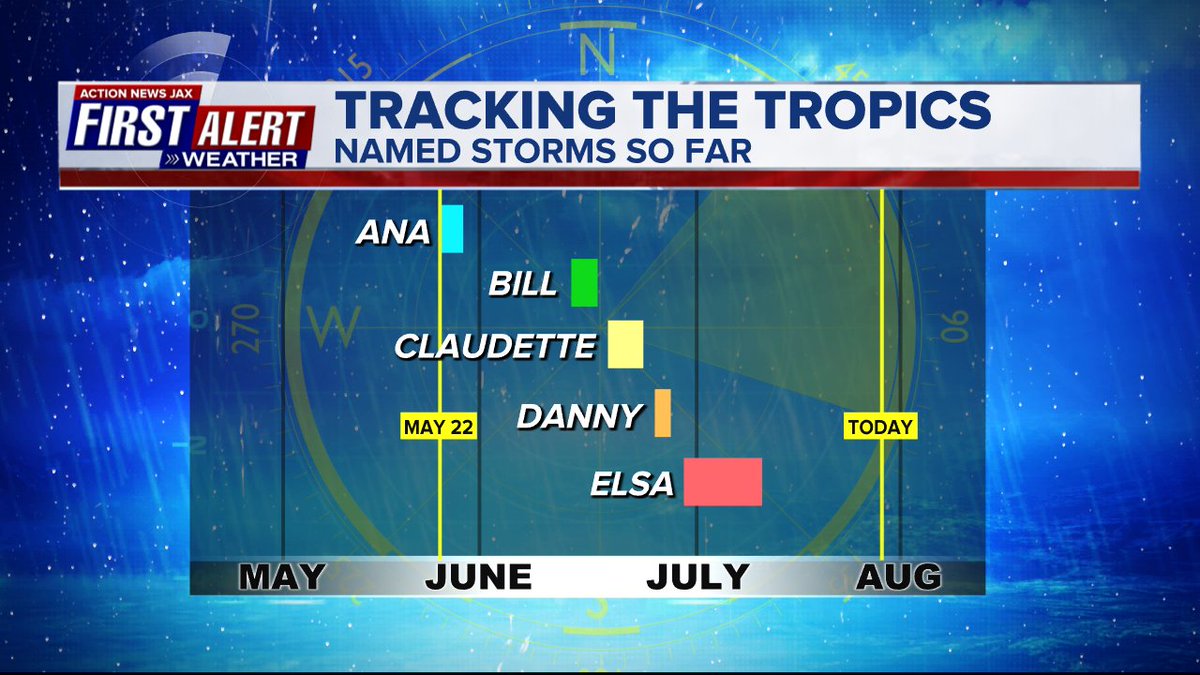 We’re now within 5-6 weeks of the peak of the hurricane season, so just from a climatological point, we should see an uptick in Atlantic activity. But there are other indications that things are about to become more active with the MJO perhaps the best measure. Using the Madden-Julian Oscillation is not perfect & timing an “uptick” is not usually right on but here’s the deal:

An active MJO can lead to more tropical systems. The map below shows the Velocity Potential Anomalies. In simplest terms the brown lines represent sinking air & therefore less convection & a generally more hostile environment for tropical cyclones. The green lines - much of the Pacific & increasing over the Atlantic - are indicative of rising air that leads to more convection & is generally more favorable for tropical cyclones. The rising air should spread eastward over the next 2-3 weeks signaling a more active period of tropical systems over the Atlantic Basin - roughly from the 5th-10th of Aug. through at least the end of the month & perhaps into early Sept.

We appear to be starting to see the effects of the MJO over the Eastern Pacific:

Deep oceanic heat content is becoming impressive & the “equivalent oceanic heat content” - namely depth averaged temperature in the upper 300 m (~984 feet) - is even more impressive all the way from Africa to the Gulf of Mexico. Such an ocean water temp. pattern is conducive to long track deep tropical Atlantic tropical cyclones & can lead to a more favored regime for rapid intensification cycles. From an AMS research paper in ‘08 Mainelli, DeMaria, Shay, Goni: “Results show that for a large sample of Atlantic storms, the OHC variations have a small but positive impact on the intensity forecasts. However, for intense storms, the effect of the OHC is much more significant, suggestive of its importance on rapid intensification. The OHC input improved the average intensity errors of the SHIPS forecasts by up to 5% for all cases from the category 5 storms, and up to 20% for individual storms, with the maximum improvement for the 72–96-h forecasts. The statistical results obtained indicate that the OHC only becomes important when it has values much larger than that required to support a tropical cyclone.” More recent research continues to indicate similar correlations.

Saharan dust. Dry air - yellow/orange/red/pink - is extensive over the Caribbean & Central & Eastern Atlantic. Such widespread dust is common early in the hurricane season - through July - & is indicative of dry air that can impede the development of tropical cyclones. However, sometimes “wanna’ be” waves will just wait until they get to the other side of the plume then try to develop if everything else happens to be favorable.